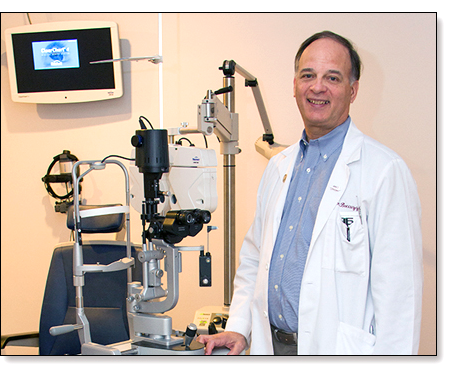 Dr. James Boccuzzi was born and raised in New Britain, CT. He graduated from the University of Connecticut in 1974 with a Bachelors degree in Biology. Dr. Boccuzzi then earned his Doctor of Optometry Degree from the New England College of Optometry after graduating in 1979. He has been providing eye care in the Danielson area for over thirty five years.

In January of 2012 Dr. Boccuzzi became one of the first Optometrists in Connecticut to become Board Certified and was granted the status of Diplomate, American Board of Optometry.

He is on the founding Board of Directors for the Connecticut Eye Care Alliance. Dr. Boccuzzi is on the speaker panel for Allergan and Shire Pharmaceuticals and has also has lectured at the University of Connecticut on ocular related topics.

Otherwise, please call our office during office hours for other inquiries